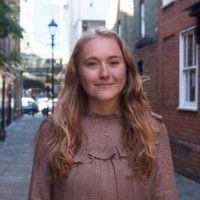 Over the last few days I've seen a number of actions from brands that have really made me wish I'd done them myself, so I thought I'd share them with my network for some positive inspiration among the doom and gloom of Covid.

With lockdown 2.0 impending (or, if you're reading this after Thursday, in progress - how's it going by the way?), it's been great to see brands come together to raise the spirits of the nation, as well as showing us that collaboration beats competition when it comes to getting consumers onboard and invested in their company.

The first example I saw was of this amazing Twitter thread started by Gymshark, in which they tagged various brands to post 'the scariest thing about working in XX', in a Halloween-themed tweet. The likes of innocent, Three, Pizza Hut, Comedy Central and many more jumped on the band wagon to offer their 'scariest scenario', some of which were absolutely hilarious. It is this sort of quick thinking and comradery between brands that we're seeing more of these days, and I for one am all for it. It makes me think about these brands in a more favourable light and, even if I don't intend on buying their products any time soon, consider following them on social media purely for their witty content. 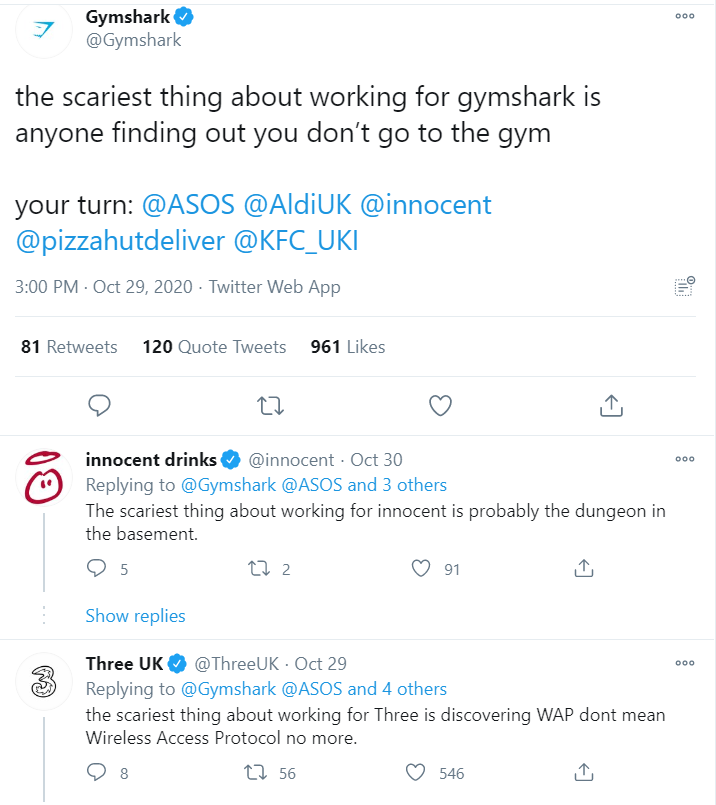 The second example of great brand activity I've seen recently was from KFC and Pringles, who have both given the stars of their logos a makeover, shaving off their taches in honour of Movember. Both Julius Pringles and Colonel Sanders are expected to regrow their moustaches over the course of the month, in order to raise money for the important cause. Combining charitable activity with a memorable social media campaign, they've both hit the mark in my opinion.

And last but not least it's Burger King's 'Order from McDonald's' plea, which they released on social media on Sunday (see below). With the aim of helping the entire food and drink industry, the brand asks consumers to do their bit to support businesses in this time of need, even if it means buying from one of their competitors. It's not like they're running low on cash, and they could have done more to raise the profile of smaller, independent businesses (playing on their historic feud with McDonald's was a surefire way to get everyone's attention though), but the sentiment is there. Another good example of brands putting the needs of the industry and consumers above the needs of their own bottom line - and improving their brand reputation at the same time, which always helps!

As Covid-19 forces people across Europe back into lockdown, Burger King is standing up for all restaurant workers, even those employed by its competitors. In a tweet on Sunday, Burger King France urged people to order from McDonald’s. Its UK Twitter handle posted the same message on Monday morning. “We never thought we’d be asking you to do this, but restaurants employing thousands of staff really need your support at the moment,” the flame broiled chain said. “Getting a Whopper is always best, but ordering a Big Mac is also not such a bad thing.” 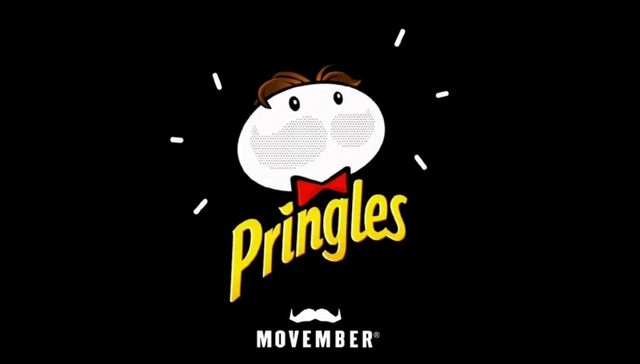 'Subscribe' to the future of journalism - the newsletter boom
Jo Kenworthy

Picking up the (jigsaw) pieces: how brands are helping us through the crisis
Jo Kenworthy

Nothing to hide, nothing to fear?
Jo Kenworthy
Recent posts from Flagship Consulting