After years of distrust from phone hacking scandals and fake headlines, newspapers and media outlets are coming across as a sort of necessary evil. No one likes the Mail, but almost everyone clicks on their links or talks about their front pages.

We need to know what's happening in the world, and we have to get information from somewhere.

Being too salacious for the sake of it isn't the only issue. Publishers often have investors with an interest they want to protect, and to increase their revenue newspapers and news sites will emphasise the detail that's going to get them more reads and more clicks.

Take the Telegraph, who have substituted traditional coverage, traditional issues for their traditional audience, for '10 things I learnt moving back in with my parents'. It's a grab for younger audiences and imitation of the success of Buzzfeed, without really thinking about how it works with their product.

Then we have the Washington Post. Sure, another owner in Jeff Bezos with a vested interest. But this time the mentality is that the new opportunities provided by technology are a companion to what has helped build their audience and their sales figures.

The Post's Chief Revenue Officer says: "“The written world is remarkably powerful, it has won many Pulitzers and it is not going away. So it is vital that we do both; that is more of a focus than leaving one towards the other."

We don't see the Washing Post accused of clickbait or #fakenews thanks to this strategy - staying true to what works, and seizing opportunities offered up by innovations to make content better. Not simply to leave it by the wayside while chasing clicks.

Reader loyalty is hard to put a number on, but when a publisher doubles its growth and it profit, you tend to think they're doing something right.

... a growing trend of publishers ‘pivoting’ to new content forms and walking away from their legacy business, believing the pendulum swings all over the place in the industry and swinging too hard in one direction is “not a good idea”. 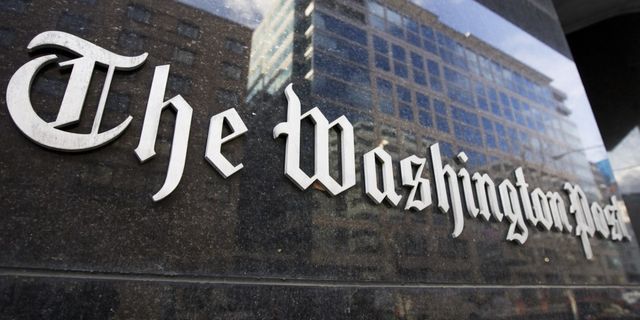 I wrote a piece exploring how Bezos has built a sustainable news business model in the @washingtonpost https://t.co/8DPRihYlu0

.@DouglasMcCabe believes @JeffBezos has done a good job of evading the potential downsides of a tech entrepreneur buying an impartial news organisation https://t.co/uHq4AiYve7

How @JeffBezos built a #tech business within the @WashingtonPost #advertising #publishing #newspaper | The Drum https://t.co/tFG14z8znx

One of the most interesting pieces I've read in the past couple weeks. Amazing journalist from @goodflo @TheDrum https://t.co/9LZhwyqW0g

Mental health has been a problem for students for a long time, finally something is being done
Flagship Consulting