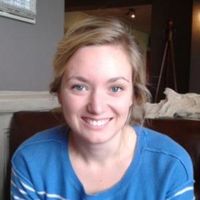 As much as I enjoy the odd trip to an art gallery, I could never pretend to know much about the art world, as interesting as it can be. However, one thing caught my attention when reading about the changes in this year's Turner Prize. After about twenty years of an age limit that barred entrants over the age of 50, older artists are finally allowed to be considered.

I appreciate that it can be important to use age limits as a way to encourage young talent and allow them to get a chance, but it does seem a little bit sad in how it excludes people. Especially when considering an artist such as Lubaina Himid, a contestant for this year's Turner Prize, who has never received the attention she truly deserves throughout her career - judging from an article in last Sunday's Observer. It's heartening to see the 63-year old (who is currently the bookies' favourite to scoop the award) receive the attention she deserves now.

The changes have led to a fair amount of media attention with Will Gompertz, the BBC's Arts Editor, commenting that the Turner Prize has grown up and perhaps even gone 'mainstream'. He also discusses the changes in how the artists express themselves, using 'sense' in place of 'vulgarity'.

While I don't always understand it, I do genuinely believe there is a place for all types of art in the world. But it does feel, once again, a little more inclusive that these artists deal with topics that are more recognisable and relevant to our everyday lives. It's definitely engaged my interest a bit more and made me feel I may be able to understand the works and gain something from them. Not something that's always happened before when I've visited a gallery...

Himid's work focuses on the representation of black culture in art history and the media, an issue that is obviously important to discuss, while Andrea Buttner's works focus on poverty, more relevant than ever considering the ever-rising gap between rich and poor.

I'll never be spending all my weekends at galleries but it is nice to learn about artists whose work I have found more recognisable as well as important in tackling topical issues. It's also encouraging to see the art world open up a little more in their approach.

I suppose a more conservative exhibition was the inevitable outcome of removing the age restriction, allowing artists over 50 to be considered for inclusion - as indeed two have this year. The Turner Prize has grown up. 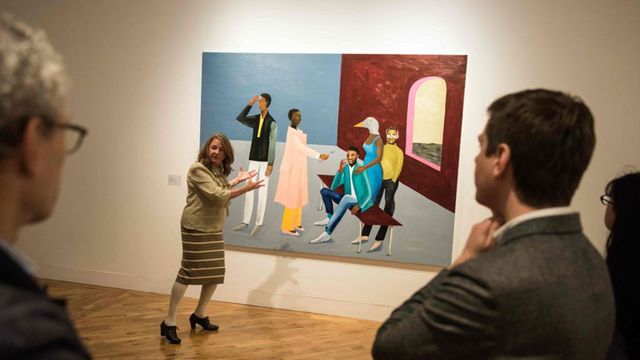 To Netflix or not to Netflix - is that the question?
Claire Nelson