I recently read this highly amusing article on cracked.com, on how stupid people can fall into just five categories. And best of all, Donald Trump is given as an example for each one. It's a long article, so I've tried to summaries it as best I can.

1. Keeper of the Common Knowledge

Someone who becomes a leading mind on a subject after reading a Wikipedia paragraph. We all know someone who has gone on holiday, say to Paris, for a week. They come home, and their barely noteworthy trip is only brought up every time France is mentioned for the rest of their lives. They are now the authoritative figure on French culture, French politics and what's on every French person's mind. These people give wisdom on facts which everyone else already knows.

Trump example: When he says he is the best at military and knows more about ISIS than all his generals combined. He thinks he is the greatest military mind of our time - asking why we can't just launch a sneak attack on ISIS? As if he is the first person to come up with the idea, and with that has solved the entire Middle East crisis. One of my favorite quotes of his was "You know what uranium is, right? It's this thing called nuclear weapons. And other things. Like, lots of things are done with uranium. Including some bad things."

2. The Pure Intellect Untainted by Expertise

Someone who thinks they have a refreshing outsider's take on every issue. They come up with things such as "Have depressed people tried not being sad?" They believe the world's problems can be fixed with your no-nonsense telling it like it is.

Trump example: Knowing nothing about how to do something but also being the only one who can do it is Trump's defining philosophy. A prime example of this is The Wall. A human should know a wall wouldn't work simply by remembering what they know about walls.  Trump has even thought too hard and figured this out for himself. When reassuring a crowd that no one could scale his wall he said, "There's no ladder going over there." He then took a long, silent thought ... maybe to consider whether Mexicans have ladder technology? He caveated, "If they ever get up there, they're in trouble, 'cause there's no way to get down." Still deep in thought, he added, "... maybe a rope." And with that, he debunked his own idea. He even once remembered that you can dig under walls, so he added special vibration-sensing anti-tunnel technology.

The Determined Fool decided a long time ago that they were extremely correct about something, perhaps a political party. They then built their identity around the unquestionable truth of that thing's supremacy. Becoming so ignorant that nothing will change their mind, and developing the insanities necessary to keep them from noticing their mistake.

Trump example: In order for these types of people to hang onto their beliefs, they must resort to false equivalencies. Trump was asked how he feels about Putin being a killer, and he said, "So what? Other people are killers too!"

The Technical Genius is smart enough to spot a technicality but too dumb to know everyone else did too and it was light years away from the point. They feel that pointing out a technicality is proof they're smarter than everyone else. They mistake sarcasm for a mistake that needs correcting.

Trump example: When he tweeted - "How is ABC Television allowed to have a show entitled "Blackish"? Can you imagine the furor of a show, "Whiteish"! Racism at highest level!" - He thinks he's turned the tables on the entire concept of racial oppression.

The Untrickable believe that not being fooled is the pinnacle of human intelligence. Their friends have played a prank on them, they've taken is so badly, they now decide they hate being tricked, and become The Untrickable. To get past this they now assume everything is trying to fool them, assume every video they watch is fake. But when everything is fake, nothing is.

Trump example: When he tweeted "The concept of global warming was created by and for the Chinese in order to make U.S. manufacturing non-competitive." Trump has the unique mix of confidence, paranoia, and ignorance that creates a perfectly untrickable person.

How many times are you allowed to say or do something stupid before you realize you yourself are stupid? Seven times? 24? Butts? Rush Limbaugh has been wrong about 270 things a day for 40 years, and he would be truly shocked to learn he's stupid. We aren't good at spotting our own intellectual limitations. We walk around thinking we're brilliant, no matter how many times we get our head stuck in an alligator or our genitals stuck in an alligator. I can prove it: I think I'm smart enough to write an article on intelligence, and the only book I've read is the movie Bloodsport. I also recently typed the number butts. Twice. Hold on, butts times now. 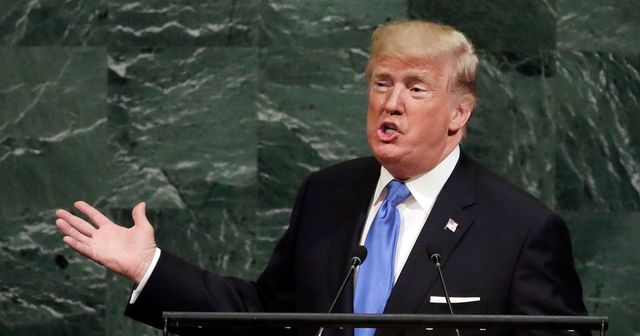 New Cracked column up! It's pretty unkind to terrible people, so I have a couple weeks of hate mail incoming.https://t.co/wuZbyQFbC4

The 5 Stupidest People On The Planet (Are All Donald Trump): https://t.co/dFjUuPyh6j pic.twitter.com/KjnJOdVkFt

The 5 Stupidest People On The Planet (Are All Donald Trump) https://t.co/FQgwmGTqBp

I know a few like these =P XD https://t.co/J1ngcKJTNF

Dedicating this piece to @dannykanell I did my own research, and this is what I found https://t.co/gS80bpiOKn Which one are you, Danny?

So if I put this into the local context and made this into a parallel 8List... #dedz https://t.co/sTllBdR5BB