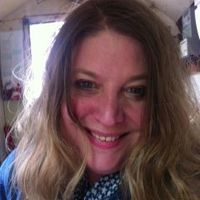 The British media widely reported on the plight of a hen party removed from a Jet2 flight for wearing "offensive T-shirts" this week. The story gained traction when Richard Branson offered the group a free trip to Vegas courtesy of Virgin Atlantic.

So, I guess you think I might be praising Mr Branson for his brilliant random act of kindness stunt - a fun gesture which both helped out a gaggle of unlucky hens AND gave the airline a solid publicity boost.  The implication being that Jet2 way overreacted and Richard, as ever, really gets people and knows how to have fun (duuuuuuuuudes).

But actually, I am not (not that I am dissing him either). Instead I am saying BRAVO Jet2.  Bravo for producing this beautifully crafted statement.  Well done for holding onto your core values, and being unafraid of facing controversy for upholding them.   Props for being unafraid of showing who you are, even in the face of seeming praise of the Virgin "rescue".

Because, when it boils down to it, a brand is not made up of a series of publicity stunts and photo opportunities.  A brand is made of up of deeply held tenets which bind it to its core audience.  A brand lives, and succeeds, by wearing its values on its sleeve, and continuing to do so whether cool or not, popular or not.

Jet2 is - first and foremost - a family friendly airline. It shouts loud and proud about its "Onboard Together" policy.  A policy which ensures everyone on a plane - no matter what their age, race or orientation - feels welcome and included.  The airline has zero tolerance towards disruptive behaviour - and therefore behaviour which could be deemed unsavoury by anyone on board (including the wearing of offensive t-shirts), including families, results in those passengers being removed from the aircraft.

One look at Jet2's website shows that this policy has been held up on more than one occasion.  Like any great brand, it shares its values, and follows them through.

And it seems this statement - whilst perhaps not garnering the column inches in the paper - has appealed to customers.  It has been shared nearly 6000 times on Facebook (and counting).

Perhaps that is worth putting on T-shirt Jet2!  It's certainly a better read than what was on the hen's t-shirts!

The removal of a hen party from our East Midlands to Majorca flight last week for wearing offensive attire generated plenty of media coverage. Another airline even weighed in to the debate. Our response to the incident, we believe, successfully reinforces our position as a "family friendly" company and demonstrates exactly why we are the Best UK Airline according to TripAdvisor and the only UK airline to be awarded Which? ‘Recommended Provider’ status. At Jet2.com we are well-known for our family friendly approach and our "Onboard Together" initiative, which takes a zero-tolerance stance to disruptive and offensive behaviour and confirms our commitment to improving all our customers’ travel experience. We are very proud of this policy and we know that our customers value it too.

I BLOODY LUV @jet2tweets Well done for offloading these idiots & highlighting this growing problem. It HAS to stop! https://t.co/reBAB02urW

It’s your party and you’ll fly if you want to…but respect our crew and customers | https://t.co/DrBBVHtyhr https://t.co/ht2QesAbp6

It’s your party and you’ll fly if you want to…but respect our crew and customers - knew there was more to this https://t.co/4bIsThpXUf