The average American is now consuming 5.5 hours of video content every day and the battle to win viewers attention is hotting up. Although 73% of our time is still dominated by TV the disruption and fragmentation of the traditional media landscape has seen digital consumption more than doubled in the last 5 years with mobile and tablet usage fueling over an hour of online views per day.

As users are demanding video content 'anytime anywhere' Cisco predicts that video will account for 80% of all mobile traffic by 2020 signaling a gold rush in the pursuit to cash in on the change in user behavior.

But why is video suddenly such a high priority for the likes of Twitter and Facebook and where does live streaming fit in for brands and publishers?

YouTube has dominated the world of online video ever since it was bought by Google in 2006 for $1.6M. This shrewd purchase has resulted in YouTube becoming the third most visited site online resulting in 4 billion daily views. But the real jewel, and source of much of Facebook's envy, is that Google now generates a mouth watering $9 billion in YouTube revenue, proving video isn't just a viable but rather ideal medium for monetisation.

To gain share of this ever growing money pile big online players are craving more video, incentivising brands and publishers to feed the video frenzy on each platform and keep users attention.

This has led to the birth of live streaming as a means of empowering users to quickly and easily generate tons of DIY video which can be quickly produced and neatly packaged into new ad units, delivering a desperately needed means of cash generation on networks already saturated by ads.

Bringing in the bacon is only the affect not the cause of this video bonanza. As all of these online platforms fight it out for present and future viewership they are building bigger media empires, which will one day rival television.

Live streaming provides the volume of programming needed to legitimise a social network as a real media player but it's the big ticket features which will draw the masses and ultimately win the day.

Meanwhile Facebook is playing for keeps, establishing 140 separate media partnerships with popular digital publishers such as the New York Times, Mashable and Vox while paying several high profile celebrities to contribute to Facebook Live in order to aggressively entrench it's position.

So how can marketers capitalise on this battle of the vanities? Well produce more videos, it's what your users are demanding more and more. Social networks like Facebook are so desperate to win they will prioritise branded video in news feeds, delivering greater reach and engagement.

Luckily for brands, and much in part to live streaming, expectations around production quality has plummeted, meaning video is cheaper, quicker and more valuable than ever before.

Any intern with a smartphone and an app can now create and stream video which is accessible and desirable (as long as you've got something to say). So  creating shorter, more frequent videos will enable brands to come alive online like never before and be able to showcase their thought leadership and products in a more engaging and often interactive way.

Now is the time to shine for brands and those that embrace the video revolution will, like the social networks, ultimately capture greater market share and influence online.

Live streaming is bringing one very important thing that is cementing their success: Accessibility. Firstly, it's giving the average online consumer a way to easily broadcast their life and thus greatly increase the amount of video on any given platform, which is then monetized. Secondly, the phrase “anytime, anywhere” is truer than ever. Users can watch live broadcasts, whether on their PC or mobile device, in a matter of seconds. This greatly increases them overall time spent watching digital video. So how can you take advantage of the seemingly mass of consumers who will be creating and consuming live video? Create your own live streaming strategy. 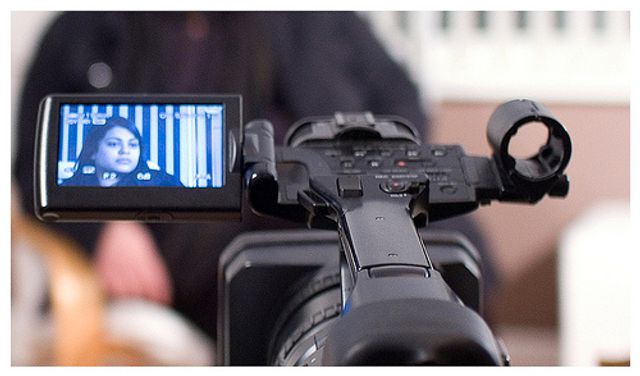 Get Camera Ready: Live Streaming is The Future of Social Media https://t.co/1fOZPWoyeV via @businessdotcom by @eleonoraisraele

AMP - Coming To A Search Engine Near You
Flagship Consulting