The Snapchat phenomenon has left many big brands and non-millennial marketers scratching their heads with raised eyebrows. The barriers to understanding and engaging with the platform have been so high for so long (almost as if this walled garden was erected as a natural defence for generation Y?!).

But, as a marketing channel, it is becoming increasingly difficult to ignore if, like most big brands, you salivate at the thought of reaching 60% of 13-34 year old, highly active, US smartphone users.

But the drawbridge is is lowering with the announcement that Snapchat is launching a more accessible 'Snap Ad' format by opening up it's API to established third party ad partners. The new full screen video 'Snap Ads' are intended to seamlessly integrate with the platforms' current user experience. Displayed between stories, users will be able to 'swipe up' to view additional content where they can then navigate to an advertisers site or engage within the app.

And this I think is the brilliance of Snapchat's monitisation strategy. Unlike incumbent social networks, Snapchat is ensuring that the appearance of ads doesn't destroy the established experience which users expect. All ads will be reviewed for appropriateness in order to remove the 'try-hard', sales led advertising which has no appeal among the Snapchat tribe.

In fact advertisers are being encouraged to develop campaigns with creative agencies, like Snapchat's own TrufflePig, who really get what excites people on the platform.

With disruption galore Snapchat is also looking to redefine campaign and social reporting, by again working with the likes of Oracle in assessing the value and quality of interaction, beyond just increasingly dubious impressions and reach metrics of the establishment.

So all-in-all there is a lot for marketers to get excited by. Whilst there is still much to be seen, I'd certainly like to give a long overdue tip of the hat to the greatly misunderstood and often dismissed dark horse of social media!

With the rollout of Snap Ads Between Stories, Snapchat is promising once again to avoid pelting users with marketing messages. "By doing this the right way, focused on creativity and doing it early, it allows us to be extraordinarily conservative," says Sellis. "Something that I think often gets lost is that ad effectiveness can be inversely correlated with the number of ads that the viewer sees. If you see 50 ads in a day, the probability of you remembering them is low." 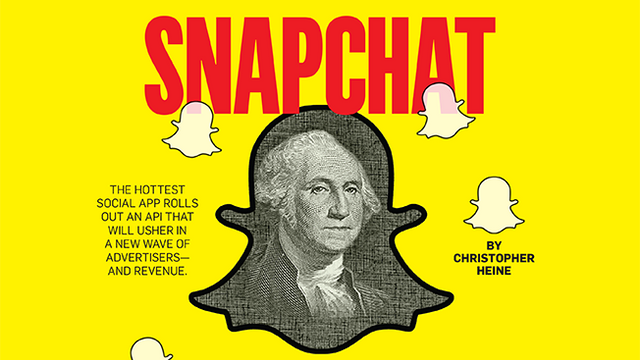 Snapchat launches colossal expansion of its advertising, ushering in a new era for the app: https://t.co/UQIfqy7Dkd pic.twitter.com/qnKDsUtgUZ

Snapchat have decided to ramp up advertising efforts. Here's what they've got planned! https://t.co/Zn3uP2tlUX pic.twitter.com/8mMod1ugXz

Are millennials your target market? One to read: Snapchat Launches a Colossal Expansion of Its Advertising https://t.co/rSJq2LgjVq

Love it, hate it or simply struggle to comprehend it, Snapchat's a shortcut to young people. Here come the ads. https://t.co/S1iS9P2Dqt