In a world where jobs are increasingly being replaced by robots, are our leaders next?  In 20 years time, AI will have passed a point where they are supremely more intelligent then us mere mortals. To that effect they will know what's in our best interests for a harmonious world, so why not leave it up to them? It will free us from the hassle of having to listen to politicians vying for our vote. One of the biggest problems with the EU referendum is no one knows who to believe and who is right. Both sides churn out facts and figures which are sponsored by each side and appear bias. Imagine leaving the decision to a machine, which can decide using complex algorithms what the best option is for all involved, wouldn't that be so much easier, and provide us with the most suitable outcome? I'd vote for that.

In the short term, technology will change the way elections are run and how media report on them. Drones will be dropping stickers from the air, robots will be canvassing door to door, and self-driving buses will show up in your city, with the candidate no where to be seen. For all we know, they could be holed up in their house, with a VR headset on, engaging with voters in the virtual world. Holograms will also be used, with candidates beamed directly into your living room. Imagine sitting on your couch watching each candidate debate as if they were in the room.

At the end of the day, a political campaign is an advertising campaign, and whichever candidate can use the most channels to spread their message is likely to win.

Imagine this. It's 2nd November, 2020. A confident Donald Trump is in the final stages of campaigning for re-election. It's the day before the country heads to the polls, and Trump is courting the vote in no fewer than 20 states. He's everywhere, frankly. It's The Donald, multiplied. Using holograms, he's able to speak everywhere at once. But Kanye West has other ideas. Keeping, as we all knew he would, to his 2016 promise to run for office, the rapper hasn't bothered to leave the house. Instead, a fleet of drones is swarming across the country, dropping "Yes we Kanye!" to confused, slightly scared voters below. Watching all this is Mark Zuckerberg. He's working on PresiBot - an artificial intelligence being which, my time-travelling sources have assured me, rises to glorious power in 2032. Like? 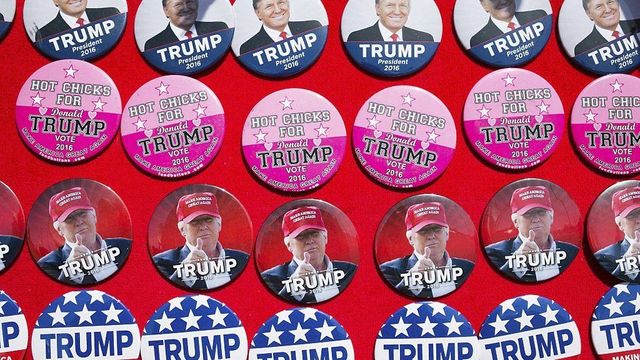 BBC News: Tech and the future of elections - https://t.co/9AsscDRDH9